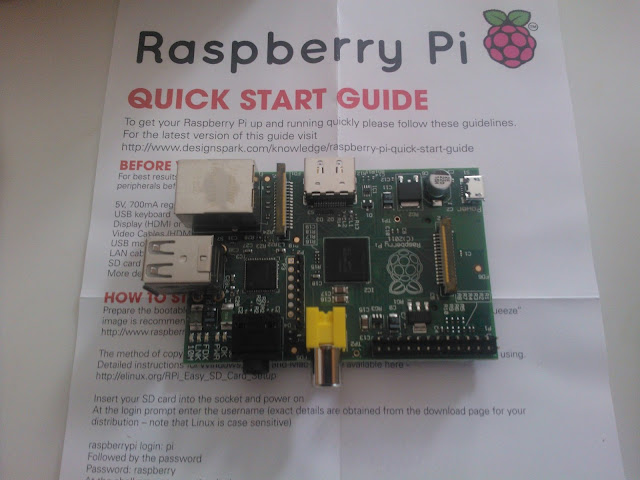 After quick visual inspection everything looked OK so I inserted the SD card into socket, connected HDMI cable to my display, keyboard cable to USB socket and plugged a  Nokia USB cellphone charger to power up this latest toy.  A familiar Linux bootup screen appeared and  after entering the default username "pi"  and password "raspberry"  I was logged in.


One of the first objectives was to configure RPI in headless mode. I wanted to have access to this tiny computer via SSH and VNC remotely over the network.   Enabling SSH is as simple as renaming the "boot_enable_ssh.rc" to "boot.rc" in the /boot directory.  You can do this even before powering up with SD card mounted on another computer and just renaming the file.


I connected LAN cable from my router and checked that I had proper IP address via  /sbin/ifconfig  command.  I used the following steps to get VNC working:

The vnc script itself is below:

VNC server can now be started with 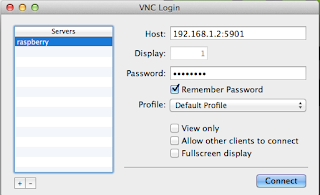 After these steps  I am able to connect both via SSH command line and VNC  to this Rasperry Pi box. See screenshot below. 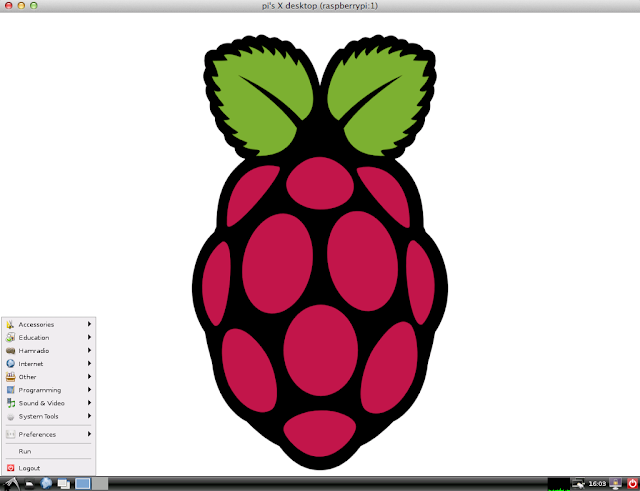 The screenshot also shows some additional ham radio software that I have already installed such as FLDIGI and  Xastir.

PROJECT IDEAS HOW TO USE RASPBERRY PI

RPI does have built-in audio output but no microphone or line input.  Therefore you need to get a USB audio device to connect it to a radio. I did not have one available right now but wanted to test how FLDIGI would work.  I installed FLDIGI  using this command

and followed these steps to configure ALSA audio.  After starting FLDIGI and going through configuration screens I got it running and tested sending some Morse code.  Clear audio came out from the headset plugged in.   Some other hams have also tested FLDIGI with USB audio devices with positive results.  FLDIGI does consume some 80% of CPU when sending - but I have not done any optimizations, just downloaded normal FLDIGI distribution from Debian repositories. 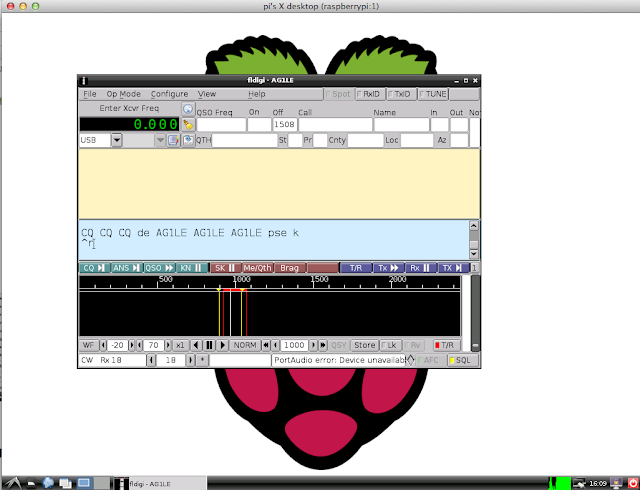 I also installed Xastir  to test how APRS tracking would work on Raspberry PI.  Installation is as simple as:

I did play some time with Xastir and downloaded some maps but the SD memory card was getting quite full so I decided to postpone these tests until I had a larger SD card available.  Anyways, Xastir started without hickups  and I was able to see Massachusetts maps and lookup stations.  I ended up removing Xastir  to make some space.

I also tested the built-in Midori web browser - it is not the fastest browser on the planet but did a pretty good job bringing up  http://aprs.fi  created by Hessu OH7LZB.  See screenshot example below 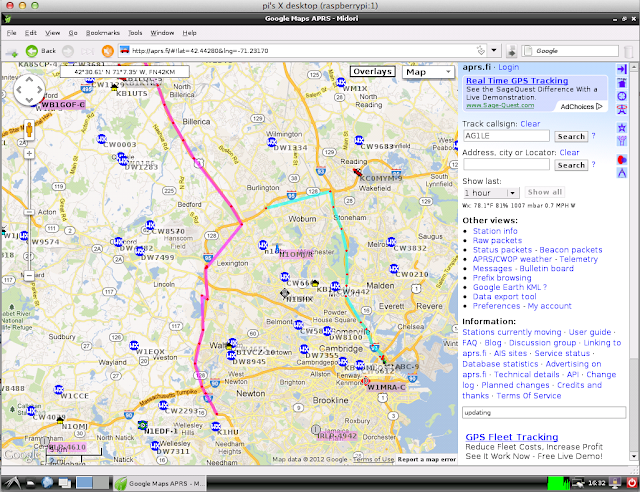 I also installed nginx webserver using the instruction over here.


Based on this very cursory testing Raspberry Pi seems to  run existing ham radio software quite well  (given CPU capacity restrictions).  I am envisioning that Raspberry Pi  could be used for many different kind of Ham Radio projects, such as
I am positively surprised how capable this tiny $35  Linux computer actually is.   It certainly exceeded my expectations.